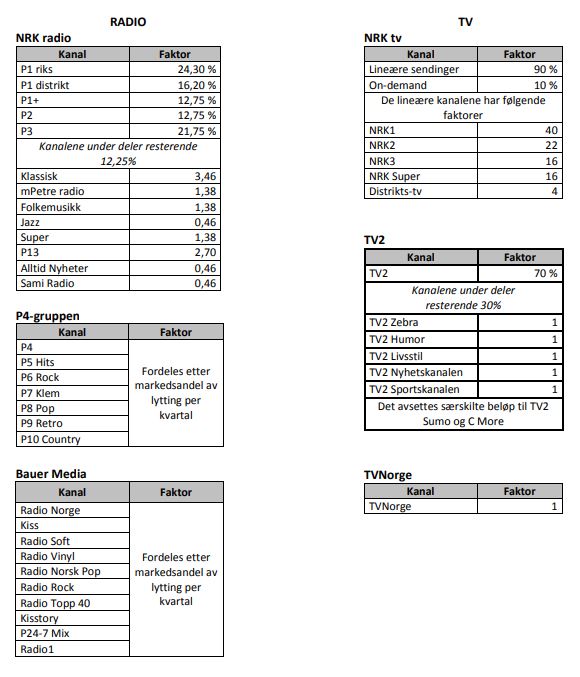 TONO receives reports directly from the radio and television channels, so you do not need to report this to TONO yourself.

For the Norwegian broadcasting sector, all of NRK’s national and regional radio and TV channels are included, as are TV Norge and the TV2 channels: TV2, TV2 Humor, TV2 Zebra, and TV2 Livsstil.
Distributions are also calculated for the other Norwegian radio channels, such as P4, Radio Norge and several local radio channels.

Distributions from other TV channels, like TV3, VIASAT and others, are calculated via our British sister society PRS For Music. Any distribution from these channels will therefore be made via our international distributions.

Read more about international distributions further down on this page.

Royalties for performances on radio and television in Norway are distributed four times a year, in March, June, September and December. For further details, please see the calendar further up on this page.

The distribution of royalties for broadcasts outside Norway depends on whether our affiliated societies cover the area concerned. Read more about international distributions further down on this page.